Is it time to service our heater?

What is Carbon Monoxide?

Carbon monoxide is a natural compound.  It is naturally found in the atmosphere and is produced in small amounts by living organisms.  It is also produced from various fuels that are not completely burned.   It is a gas that is formed through the union of carbon and oxygen, one atom each and has the chemical symbol CO.

Carbon monoxide has the following properties;

Carbon Monoxide is known as ‘The Silent Killer’ and with the above properties, it is not hard to see why it gets this name and reputation, as people usually don’t know it exists until poisoning occurs, which may be too late.
Carbon Monoxide Poisoning

Carbon monoxide poisoning occurs when it bonds with the hemoglobin of the blood and forms carboxyhemoglobin that stops the function that is supposed to carry oxygen to all parts of the body, particularly vital organs such as the lungs, heart, brain and central nervous system.
Poisoning will occur when the carbon monoxide restricts oxygen from effectively being transported throughout the bloodstream.  Without oxygen your cardiovascular and nervous systems will be effected and eventually fail.
Concentrations of 100 parts per million (ppm) or more can be very harmful to your health.  Most carbon monoxide detectors will detect and alarm from between 100 and 400 ppm.
In small amounts, Carbon Monoxide can be considered relatively harmless, however it is cumulative within your body, meaning it can keep building up before it expels from your body and prolonged exposure can make you very sick or can indeed be fatal.
It has been documented also that the early onset of coronary heart disease may be attributed to long term low level carbon monoxide poisoning.  It is also known that severe acute levels of carbon monoxide poisoning will trigger a cardiac response from people who are previously unaware they have a heart condition.

Carbon monoxide symptoms of poisoning include:

In addition;
These symptoms are important as the ongoing carbon monoxide poisoning may potentially shorten your lifespan.
Some symptoms of carbon monoxide poisoning, especially the headaches, dizziness, vomiting and confusion are very similar to flu or viral symptoms and may be mistaken for them.  If in doubt or if the symptoms persist for a long period, seek medical advice immediately.
In more severe cases where very high levels of toxicity occur, the following symptoms will appear:
It is important that you seek immediate medical attention when these signs are present.
Some people are also extra-sensitive to carbon monoxide, including;

Servicing your heating appliances regularly by a licensed gas fitter is recommended. 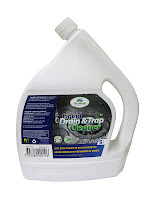 This site uses Akismet to reduce spam. Learn how your comment data is processed.

Home > Blog > Is it time to service our heater?